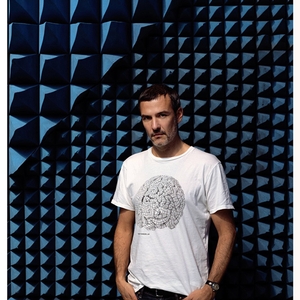 Vincent Fournier is a French fine art photographer exploring significant utopian and futuristic stories. His works can be found in the permanent collections of the Metropolitan Museum of Art (MET) in New York, the Centre Pompidou Paris, or the LVMH contemporary Art collection among others.

After being awarded a diploma in both sociology and visual arts, he studies at the National School of Photography in Arles and obtains his diploma in 1997. After several years as creative director and photographer in the advertising and movie industry, he leaves for a great trip around the world during the year 2004. He realizes then his first series, Tour Operator, which is going to put the bases of his photographic style: contrasts of scale, sharp architectural composition, precision of the aestheticism, mastery of natural light, interest in paradoxical situations embodying tension and irony…

Switching from a documentary style to more and more staged images, he explores the fiction genre as multiple parallel realities. His work proposes a journey into some of the most representative utopias from the 20th and 21st centuries: the great adventure of space exploration, the futuristic architectures, artificial intelligence… In these imaginary archives, one’s memory works both ways – as the White Queen in Alice in Wonderland explains – in the past but also in the future. A world where you can remember things before they happen.

Space Project is his founding project, a genuine world tour of the most emblematic space research centers which aroused fantasies and strong hopes and expectations of an entire generation. Artificial intelligence and robotics will become his other playground with the Man Machine series. The subtly humorous conversation between man and the humanoid robots are put in an uchronical perspective. His most recent work Post Natural History raises the question of the possible mutations of living organisms by technology and in particular biological engineering.

If the photography remains his medium of preference, 3D printing, video or installations can sometimes come to accompany some of his projects. Vincent Fournier’s images invite us to think about the evolution of the world and our own perception of time. Having grown up with “the end of History” and living in the eternal present, he questions with his images our past and future utopias… What are our expectations for the future and has the future already happened? 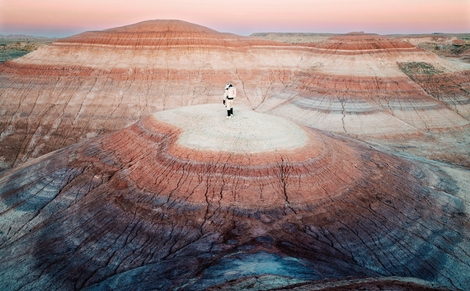